Make and grow everything.

A Maker-Space for open-source, farm projects and more…

When a Maker-Space aims to develop for not only automated fabrication tools but also automated farming tools and some kind of test field, we have a FabFarm.

And while farming is about food we of course include Kitchen Hacks and Tools as well.

While we believe in sustainable agriculture we also believe in sustainable energy sources like the sun. So we aim to use completely off-grid infrastructure for the FabFarm to build up a concept that works everywhere around the world. We want to make a prove of concept at an existing small farm which aims to get a self-learning and agriculture education center and is also a registered non-profit organization. This is the KAYANZI R&D based in Uganda about 80km from the Capital City Kampala.

We are going to build up a partner FabFarm at this location which is about 15.000 square-meters of area. It seems to be the perfect match for the FabFarm concept, as Moses is also convinced that this would match up to basement for education, agriculture knowledge and farming, open-source and a great sharing community.
The OSWF – Open-Source-World-Foundation will also support this project with some funding.

Like the idea, want to support and more information, just go ahead for more details.

Back to the roots of the civilization concept

Humanity started the concept of civilization science some tribes and families support each other in protection and daily living, including food. People science the beginning get together and share things and knowledge to make a better living for everybody involved.

So the roots of civilization are really sharing knowledge, work-force and tools to make a better living.

Just like open-source and the maker-movement especially science 3d-printing come along is that fascinating not only because of its complex technology but also because of its meaning.

People like to watch things happen automatically, like watching the sky, fire, and waves on the ocean or a river continuously moving. People even like to watch Solar-energy systems producing electrical-power which actually isn’t visible at all, but they like to monitor the numbers telling them how much power they produced from free sun-light. The 3D-printer magically builds something in a visible fascinating way, but the more special is that you just start it and everything else get done automatically and then there is suddenly something. And the possibilities are nearly endless by this technology. Even with a simple just plastic-material using 3d-printer in Desktop size many things are possible.

Sharing those and other so called CNC-machines (Computer Numerical Control) at small manufacturing and fabrication spaces is known as “FabLab’s” and “Hack-Spaces” or “Maker-Spaces”.

Some of those also have a community kitchen while others just share a water boiler and a microwave-oven. Some will have an oven but just for soldering purposes, not ready to prepare some food at all.

While food always was a community thing for many reasons I am personally sure that is a good idea to bring that back to everyday lives.

It will have also a lot of benefits, like wasting less food, using less energy and getting good food a lot cheaper than if everybody would do it on its own. And when a garden or a small farm gets involved as a community project it again will give the benefit of better food for less money.

So the idea of the FabFarm was born.

I’m also convinced that spending less money to things like energy-giants and huge food companies is an important political obligation these days making clear that quality matters most to us and we are not dependent to those companies making a profit by selling too expensive bad food to us.

We were born in times where money buys everything and so you need to earn money to pay for your living. What if living don’t need that much money any more. When the most important things would be free or available for just contributing a little work to the community.

Solar-energy, Maker-Spaces and automated micro-farms and open-source in general will transform the world where money buys everything to a world where everything important is available for free. So no one would need money to pay for a living, just doing a good job contributing to the community in any way would be fine. If electrical energy get produced for free and automated farming become a reality there is no need any more to pay for food and energy. The last thing is shelter where people spent their money for. Building Earthbag-construction buildings is an experiment that could make it affordable for many people to just build their own houses and not paying for shelter any more too.

Most people spent more than two thirds of their income for shelter, food, energy and communication. I am sure that this is wasted money for the people making just a few people benefiting from the labor of many peoples work. While those few a resting and wasting money for stupid things, the many working are just working poor, not getting out of debt or out of a monthly pay role to just make a living.

No electricity no internet means no access to anything today. Welcome to Africa mainland. 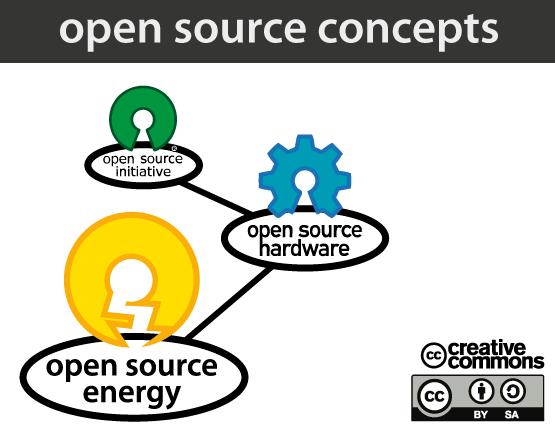 With the Open-Source World Foundation (OSWF) supporting the FabFarm project we are going to make the first step realizing the FabFarm in Uganda. Everything is clear, we got the space we need and we are welcome in Uganda to build up the FabFarm. We just need some support to get together the things we need to pay for.
Visit the Website of the
OSWF – Open-Source-World-Foundation

Our Vision on Open Source Concepts

Stay with us and may get involved

Feel free to register and stay in touch with us.

Theme by Anders Noren — Up ↑